Exhibition will run from  2nd till 27th August
Openning of the exhibition –  2nd  August, 6 p.m.

Stories, poetry, wandering through memories, it is the task of the imagination to bring images together into a single, big picture, made up of small or larger details. Imagination frees us from the past and from reality, it helps us to open up to the future.
The exhibition "Home and Toys" wants to revisit the meaning of Home, our main refuge in this world.  To link the symbols of the House and its inner space, which in the outer world are transformed into recognisable signs - toys - with images dictated by the play of the imagination.
The structure of the exhibition is based on the dialectic of large and small formats. Imagination marks this as a dialogue between the miniature and the enormous – the big house, like the human universe, and the tiny symbol, the core of the house, protected to preserve the spirit of the house.

A quote by Gaston Bachelard would be very appropriate to describe the exhibition:
"Because home is our corner of the world. It is - as is often said - our first universe. They are our true cosmos. From an intimate, inner point of view, isn't even the humblest dwelling beautiful? The writers of "Modest Homes" often refer to this element of the poetics of space. But this reminder is too succinct. After briefly recalling the ''humble abode'', they do not stay there, they describe it in the present tense, without losing its primordiality, which belongs to everyone, rich and poor, who dreams of it''. (Gaston Bachelard, The Joy of Dreams, p. 323, 1993, Vaga, Vilnius).
The painter no longer sees the image as a simple substitute for sensory reality, but rather, resisting the primordial, creates new worlds, enriching the existing reality and leaving their memories in the viewer's eyes.
Prof. Aušra Vaitkūnienė

About author
Besides of a number of grants and awards in Lithuania, that Ausra Vaitkuniene has been awarded, she was also granted the Pollock-Krasner Foundation Inc. (New York, USA) stipend for implementation of creative plans and creation in 2013. Artist actively creates and participates in projects and exhibitions (Chicago, Berlin, Hamburg, Budapest etc.), she is also a head and professor of Painting Cathedra at Vilnius Art Academy, Kaunas Faculty. Artist participated at satellite exhibition of Biennale de Lyon "Resonance" in 2012, also at Biennale Europienne d’Art Contemporain in Nimes (France), 2013 NordArt2013, Kunstwerk Carlshutte, Budelsdorf, Germany also she was introduced in D. Miksys project at 2011 Behind the White Curtain, Lithuanian Pavilion, 54th international art exhibition La Biennale Di Venezia, Italy.
Mrs. Ausra Vaitkuniene is an artist, pedagogue, curator. She organizes projects with young artists, writes books ("Such is the Smell of Life", 2009, dedicated to the outstanding artist and husband Arunas Vaitkunas) also in 2016 "Note-book for Painters". There are also editions of her creation "Ausra Barzdukaite-Vaitkuniene. Four stories or more", 2013. Even A. Vaitkuniene prefers painting, she also is successful in installation, object art spheres.
Her works have been acquired by: National M. K. Čiurlionis Art Museum, MO Museum, Lithuanian Ministry of Culture, Vilnius Art Museum, Meno Parkas Gallery, Lippe Institute of Regional Studies (Germany), private individuals in Lithuania and abroad. 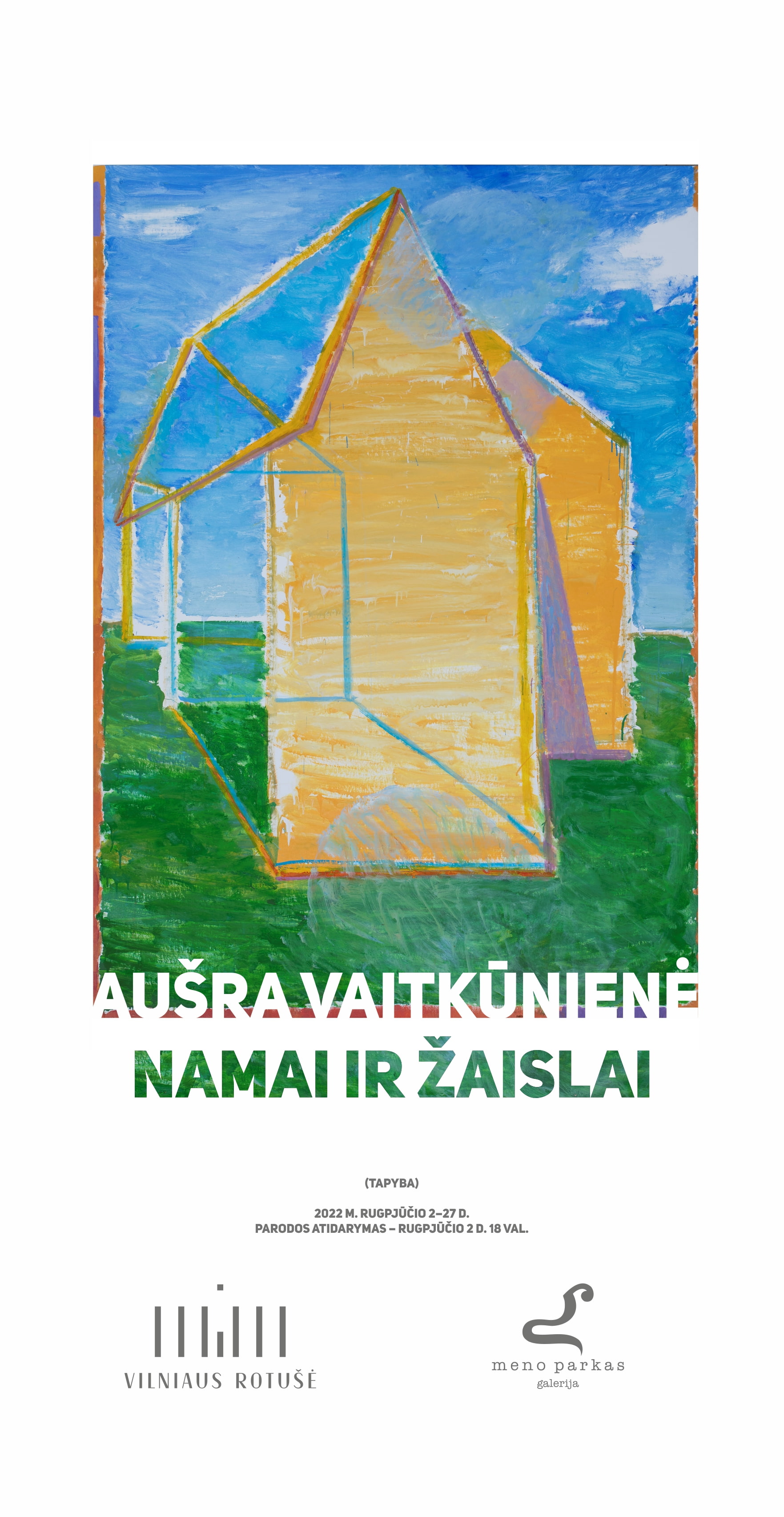