Aleksandras Vozbinas (In memoriam) Art exhibition is exhibited at the Vilnius Town Hall.

The creative path of the painter Aleksandras Vozbinas was related to his interest in the history of Lithuania and the capital Vilnius. The artist reflected historical themes of the past and presented on his canvases, he also created his own stories and plot lines in the context of historical topics.

The artist's creative path is an integral part of the cultural process of the nation and the state. The artist was not only a subject that reflects and captures the spirit of time, but also his own work contributed to the formation of these processes. These processes can be perceived, valued at various levels of consciousness or the subconscious. Often the creator not only captured but also formed states of collective consciousness, sometimes without even suspecting it.

Historical pictorial improvisations of Aleksandras Vozbinas are not illustrations of direct historical facts. Often these are metaphors, associatively linked to the history of our country, which become a pretext to reflect on one's point of view in the language of painting, which can often be ironic.

“For me, painting is a way of thinking and talking about things that are in human nature. The artist’s social environment is intertwined with the fragility of the individual being. There is everything here: optimism, portions of pessimism, fatalism, and grotesque. All of this takes place in a certain historical background. Forms and fashions are changing, but passions, experiences and human content remain the same at all times” thought Aleksandras Vozbinas.

Paintings on display are the artist’s most recent works, not yet shown anywhere else. Some of them were painted during the global pandemic that constrained our society. The viewers will be able to find subtle clues and hints related to this event which are hidden in Aleksandras Vozbinas’s paintings.
Unfortunately, the author is no longer with us.

The project is funded by Lithuanian Council for Culture 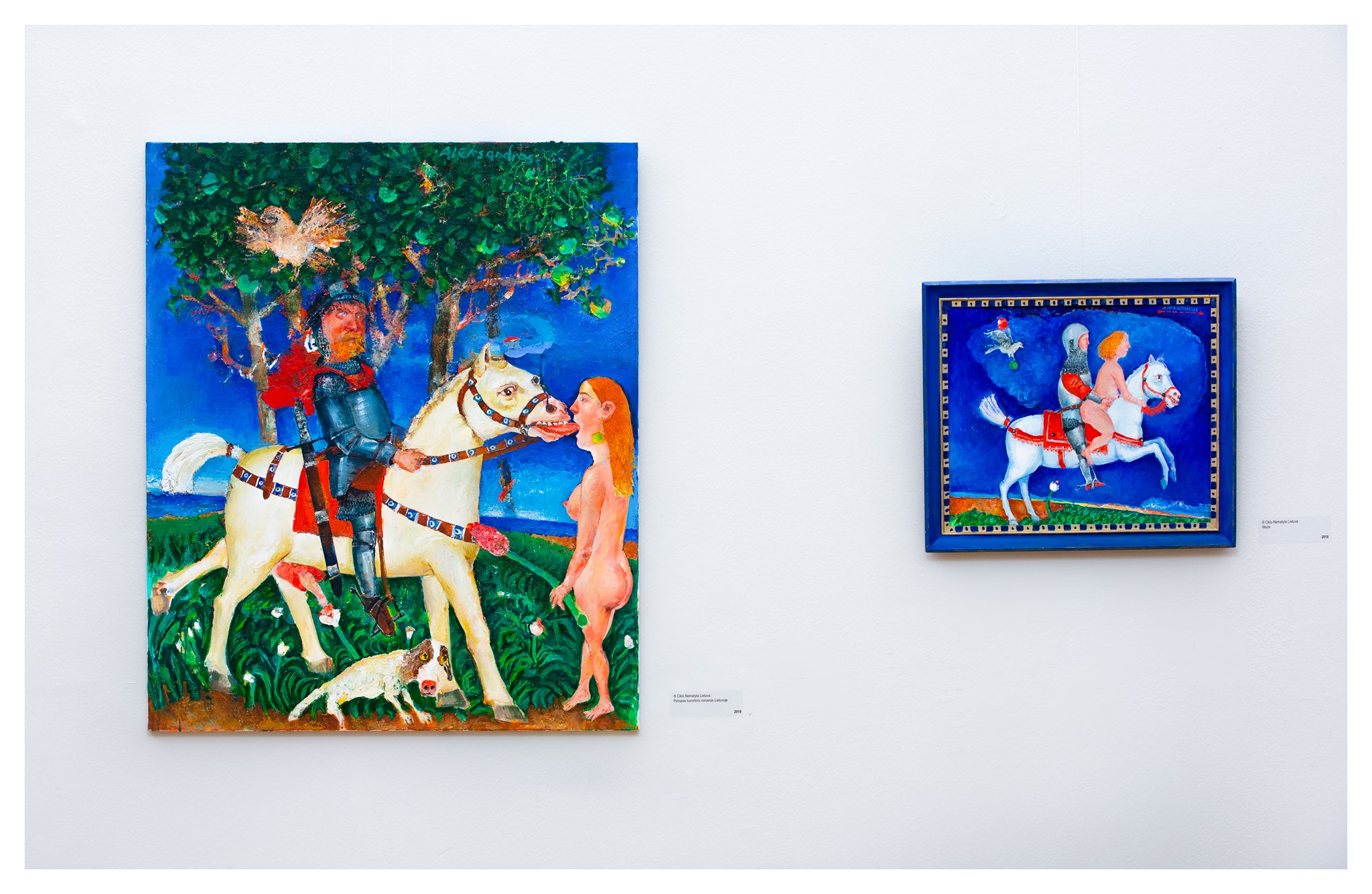 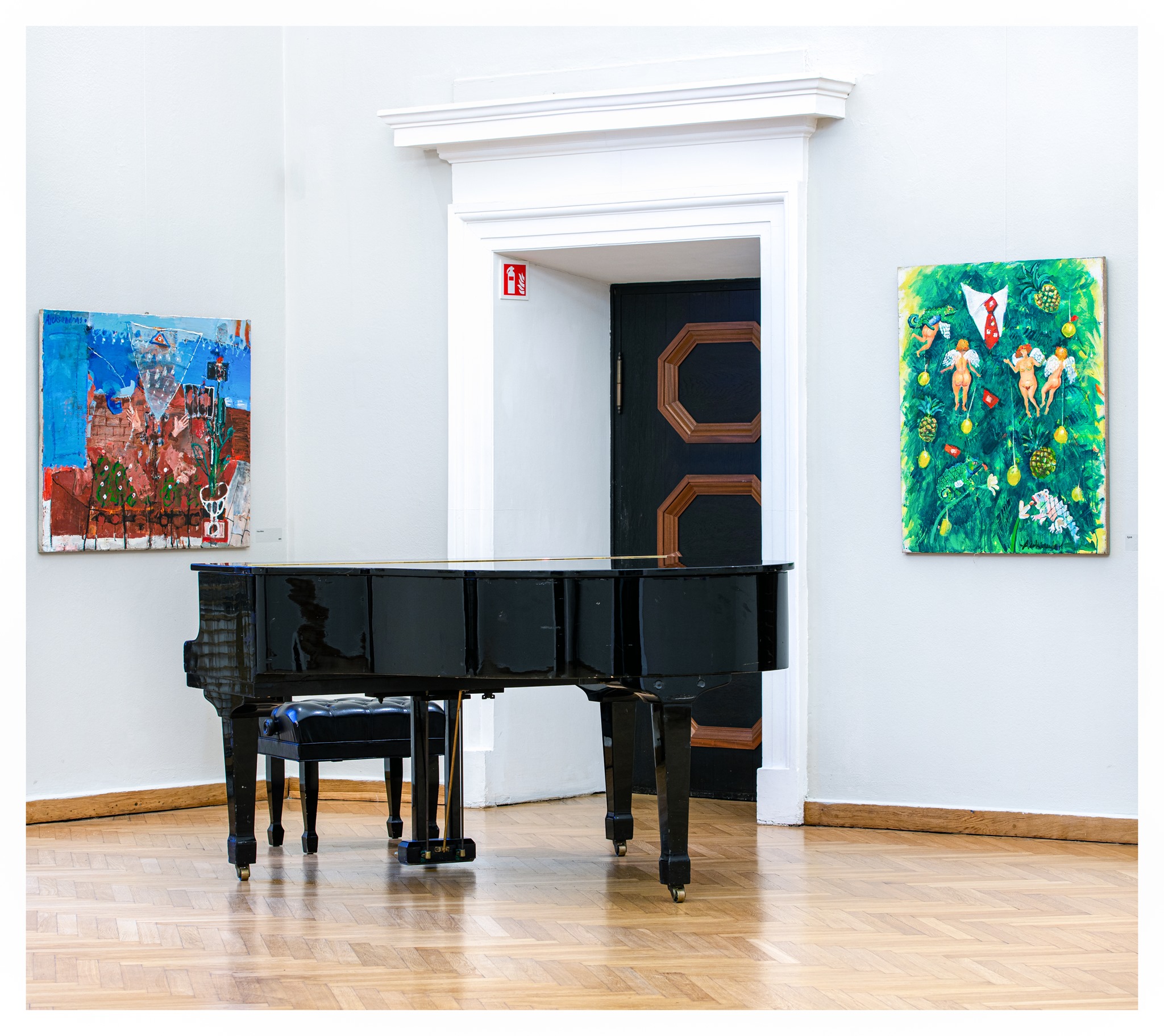 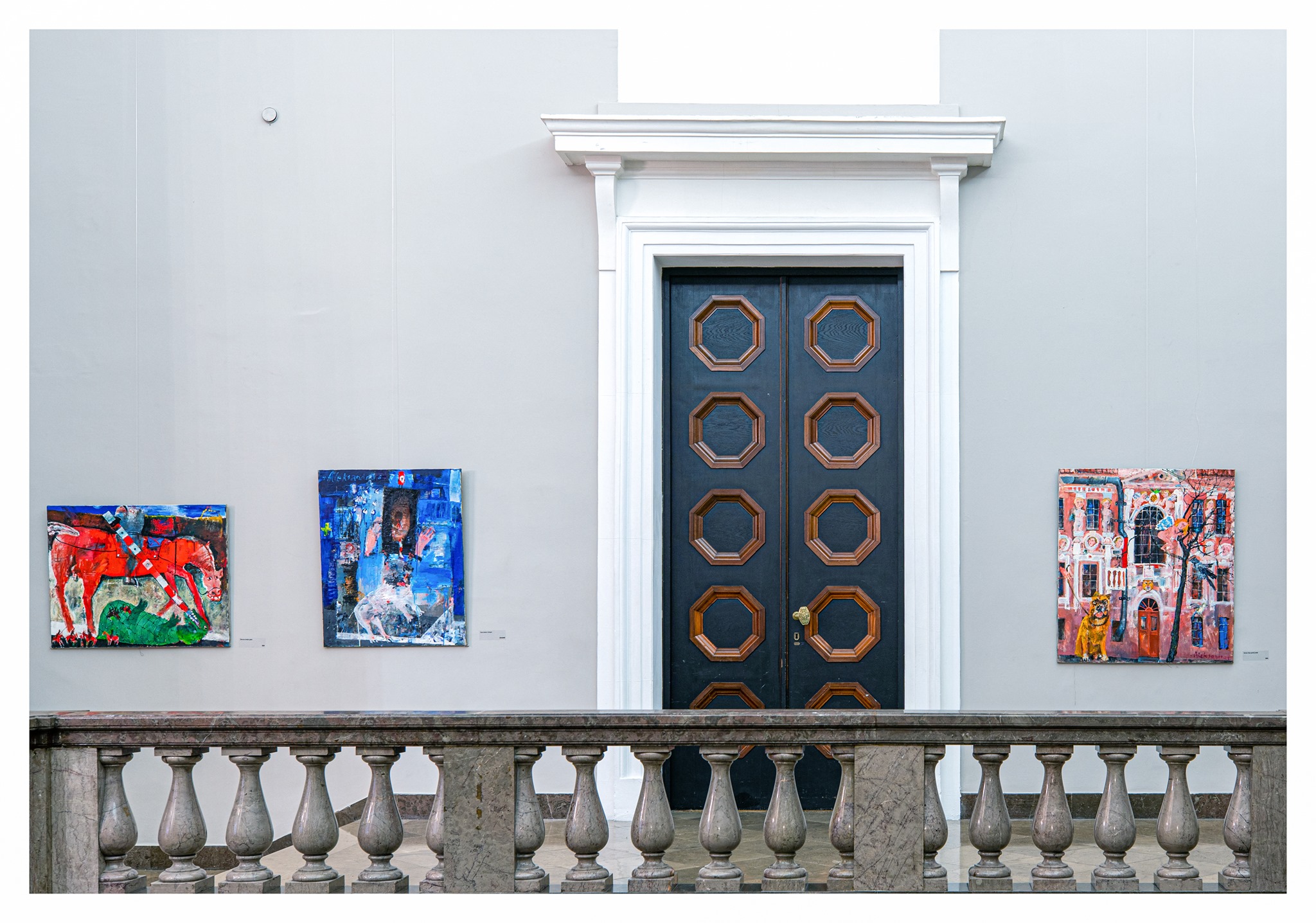 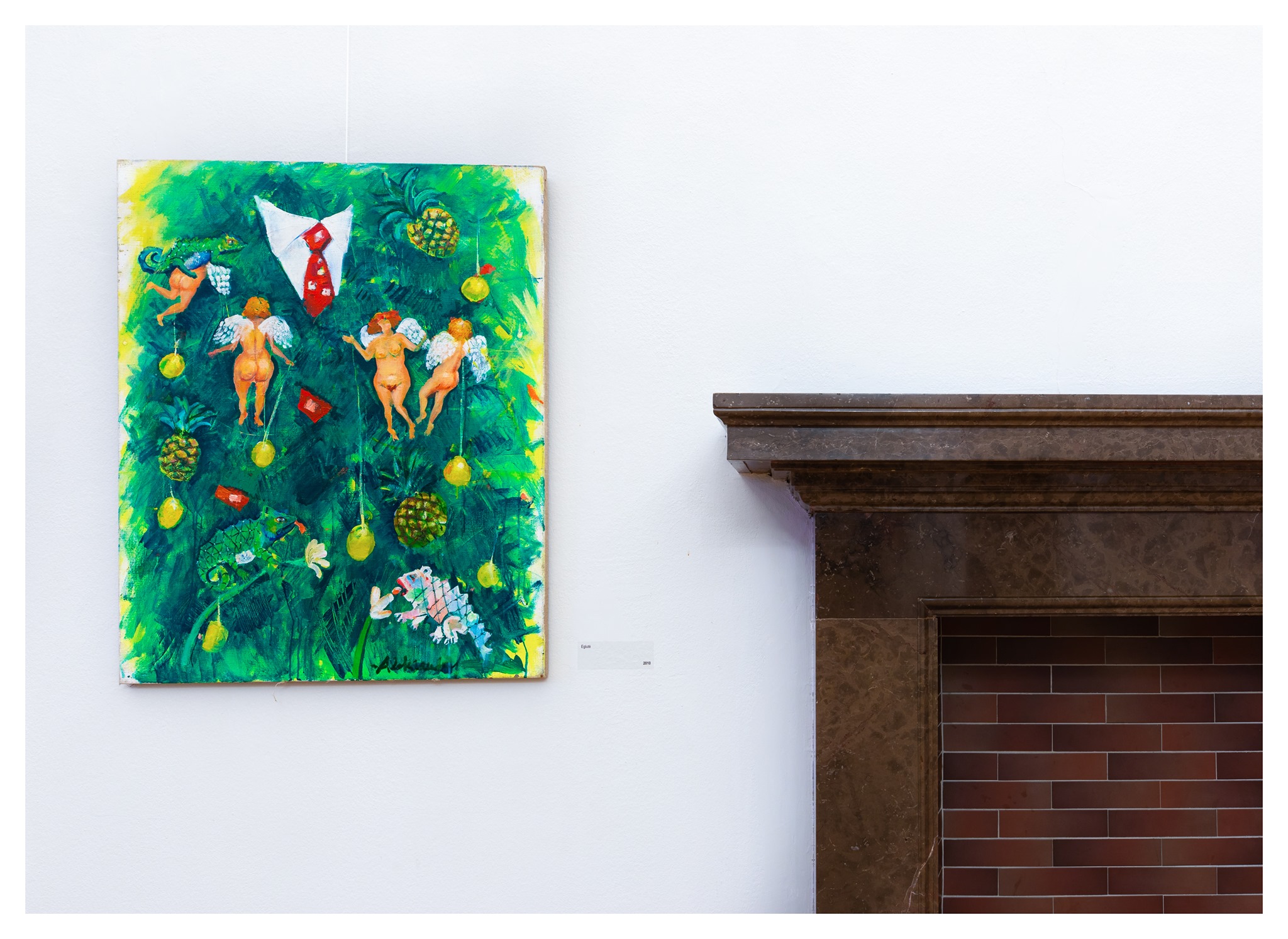 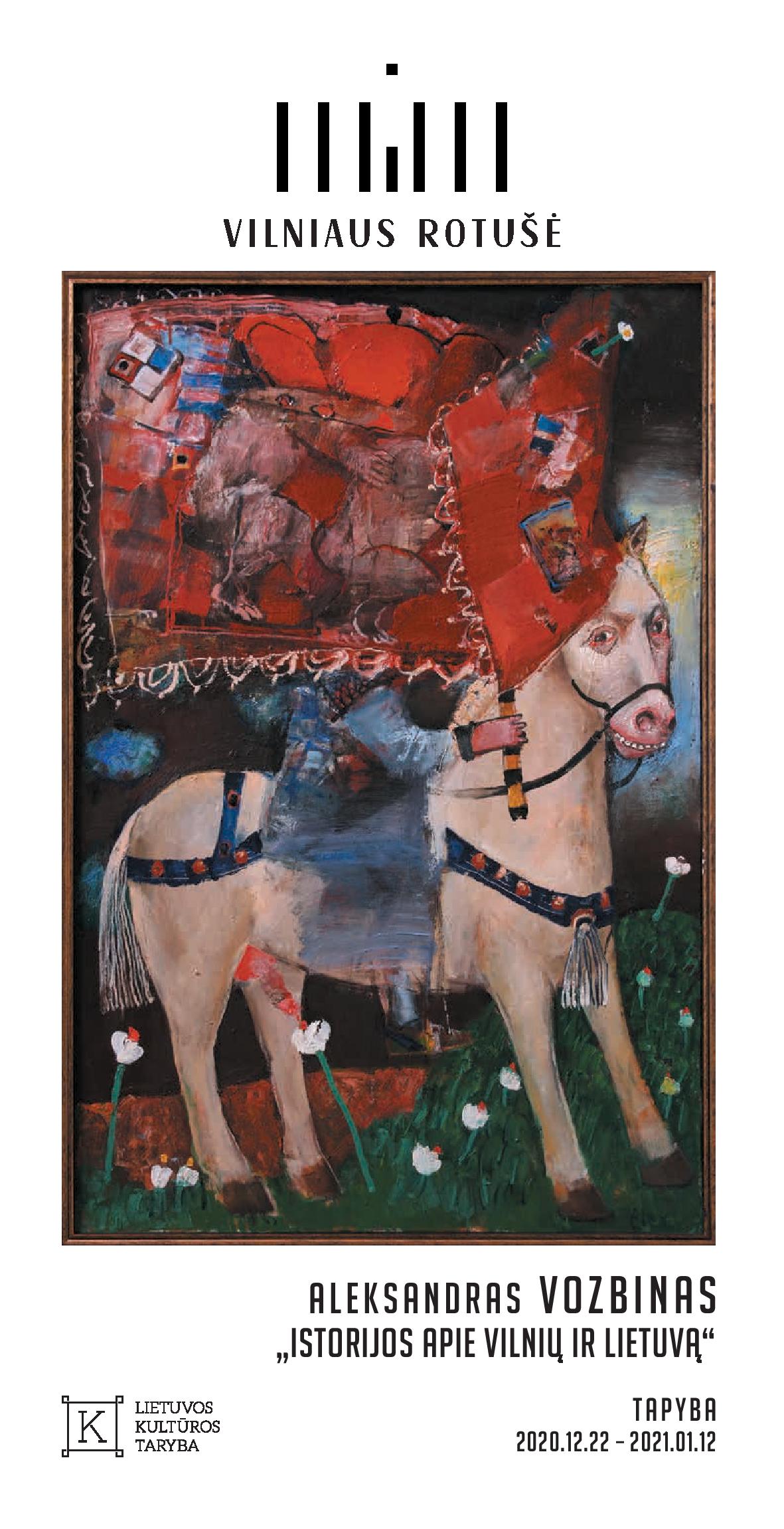